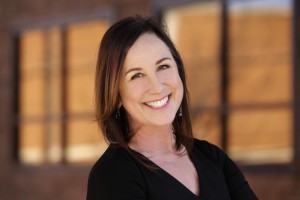 RICHMOND, VA – The Executive Committee of Venture Richmond has appointed Lisa Sims to the position of Executive Director, effective immediately.

Venture Richmond Board Chair Mary Doswell said, “Downtown Richmond is the heart of our region, and its vibrancy has increased dramatically over the last decade. That’s in no small part due to the collaborative work that has often been led by Venture Richmond. We’re thrilled that Lisa will be leading us going forward. In the past year she’s done a fabulous job as the interim executive director, leading Venture Richmond’s first strategic planning process in a decade. She will follow through on the steps to ensure that our organization becomes stronger – and that will lead to a stronger, and even better, Downtown.”

Venture Richmond Executive Committee Chair Brian Jackson said, “Lisa has been the heartbeat of our organization for many years and she has performed admirably during the last year as interim Executive Director. Our unanimous decision to appoint Lisa is a testament of our confidence and her value to the organization and RVA.”

Lisa was initially hired as the Director of Events and the Director of the Richmond Folk Festival, an event that has grown to become the largest annual music festival in Virginia. The Richmond Folk Festival is recognized by the National Endowment for the Arts and the National Arts Council as a national model for the quality and diversity of its programming, and for its community engagement. It continues to be the largest folk festival of its kind in the country. Lisa has also been responsible for directing all Venture Richmond signature events including Easter on Parade, the 2nd Street Festival, Friday Cheers, TEDxRVA, RVA Fireworks on the James, and the opening ceremonies of the 2015 UCI World Championship. She also serves as co-director of Dominion Riverrock, in partnership with Richmond Sportsbackers.

During her tenure, Lisa has worked with the Venture Richmond Board of Directors and community leaders to design, develop, and implement key strategic economic development and promotional initiatives. She leads cross-functional teams that include marketing, media development, public relations, infrastructure development, and community engagement to increase downtown Richmond’s economic vitality.

Sims said, “I love Richmond, have lived in the City for nearly 20 years, and I’m proud to have had three children graduate from Richmond Public Schools. I’ve seen downtown change dramatically over the last two decades, and I’m proud to be a part of an organization that has contributed to those positive changes. I’m humbled and delighted that our Board leadership has placed such confidence in me. My heart is in the City of Richmond.”

Prior to Venture Richmond, she served as vice president of marketing for what is now Richmond Region Tourism. Before moving to Richmond in 1998, Lisa was executive director of the Asheville, NC, Convention and Visitors Bureau. She is originally from Nashville, where she worked for Opryland USA and the Country Music Foundation/Country Music Hall of Fame in the areas of Marketing, Public Relations, Advertising, Promotions and Events.

Venture Richmond is a non-profit organization which engages business and community leaders in partnering with the City of Richmond to enhance the vitality of the community, particularly Downtown, through economic development, marketing, promotion, advocacy, and events.