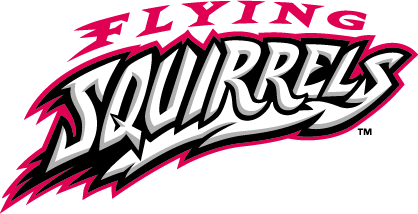 RICHMOND, Va. – Richmond Flying Squirrels Vice President & COO Todd “Parney” Parnell has been named the 2019 Eastern League Executive of the Year, the league announced on Wednesday morning. It is the third time Parney has been selected for the award, which will be presented at the Baseball Winter Meetings in San Diego in December.

Parney, who has been the Flying Squirrels’ Vice President & COO since the franchise’s inception in 2009, was also selected for the award in 2013 with Richmond and in 2004 as the General Manager of the Altoona Curve.

“I am deeply honored for this award and what it means for our Flying Squirrels organization,” Parney said. “Without everyone involved in our organization, none of the countless special things that have happened with our organization in Richmond would have happened. I am grateful to work every day with people who I love and for an ownership group that cares for us in a special way.”

“Parney and the entire Richmond front office raised the bar with their efforts in putting together the Eastern League All-Star Week,” Eastern League President Joe McEacharn said. “The four days of events showcased the mutual love affair between the Flying Squirrels organization and their fans while also highlighting everything the greater Richmond community has to offer. During their 10 years of existence, the Flying Squirrels have created a tremendous legacy that is sure to continue for many years to come.”

Throughout 2019, the Flying Squirrels celebrated their landmark 10th season in Richmond. Under Parney’s direction over the last decade, the Flying Squirrels franchise has become a staple of the Richmond community through its unique approach to family entertainment, tremendous fan support and community-oriented initiatives, carrying the impact of the organization beyond the team’s 70 home games 365 days per year. This includes Flying Squirrels Charities and its “Renovating Richmond’s Recreation” project, the All-Star Legacy Fund and more.

The 2019 season marked Parney’s 30th year in the baseball industry.