Joe Shearin, President and CEO of Sonabank, says, “Jim is an invaluable resource to our company. He has over 30 years of banking experience, which makes him an excellent choice to lead our divisions in the Hampton Roads and Tidewater regions.”

Jim has been with Sonabank since 2016, and has spent the majority of his banking career in community banking. He began at a community bank in Northern Virginia and went on to help found Mainstreet Bank in Herndon, VA as their SVP. After relocating with his family to New Kent, VA in 2007, Jim was the VP of Commercial Lending for C&F and the Business Banking Virginia Market Executive for Bank of America before joining Sonabank.

Jim graduated from Virginia Tech with a degree in Finance, and still lives in New Kent with his wife, Jan, of 31 years. Outside of Sonabank, Jim continues to give back to his community as Past President of the New Kent Chamber of Commerce, and a graduate of LEAD Virginia, a nonprofit that educates proven leaders about regional differences, opportunities, and challenges across the Commonwealth.

Southern National Bancorp of Virginia, Inc. headquartered in McLean, Virginia is the holding company for Sonabank, a state chartered bank headquartered in Glen Allen, Virginia. Our first branch opened on April 14, 2005 and we have quickly grown into a strong, highly profitable bank. On June 23, 2017, Sonabank and EVB, two historic and successful Virginia banks, came together following our transformational merger of equals. EVB’s history dates back to 1910, making them a leader in community banking throughout Eastern and Central Virginia.

Both organizations share the mindset of not just building a bigger bank—but a better one for our customers, employees, shareholders, and communities. Our combined organization now offers 45 retail locations across Virginia, Maryland and the Washington D.C. area—making us the 5th largest Virginia based community bank with total assets less than $10 billion. We also have loan production offices in Charlottesville, Fredericksburg, Chesterfield, and Warrenton, Virginia.

Together, our customers have access to leading Commercial, Real Estate, and Small Business Administration Lenders, as well as the ability to choose from unique products such as mortgage solutions through our affiliation with Southern Trust Mortgage; Kasasa®, free checking that rewards you for banking; P.O.W.E.R.®, a program designed specifically for women in business; and Community Believers, a program designed for non-profit organizations. 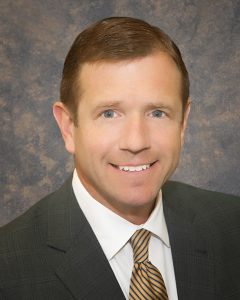