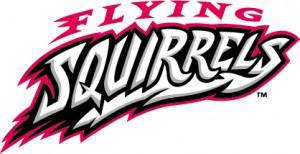 The limited-edition All-Star Week cans of Chin Music will hit the market the week of March 18 and run through the Eastern League All-Star Week in early-July.

“With the Flying Squirrels hosting the 2019 All-Star Game, we thought it was only fitting to give Chin Music a new look to celebrate the occasion,” COTU co-owner Chris Ray said.

COTU, founded by brothers Chris and Phil Ray in 2009, and the Flying Squirrels debuted the easy-drinking amber lager Chin Music in March 2014. Last year, the fifth anniversary of Chin Music was celebrated with a special, limited-edition can.

“We are very appreciative of our relationship with Center of the Universe,” Flying Squirrels VP & COO Todd “Parney” Parnell said. “The interaction with Chris, Phil and the COTU family is very special for us and we are excited about the special celebration can in honor of the Eastern League All-Star Week presented by Genworth.”

The All-Star Week cans of Chin Music will also be available during Flying Squirrels games at The Diamond when the 2019 season begins on April 4.